I’ll be returning to Congo in May, this time to train more peer counselors for the Congo Healing Program in Mumosho, eastern Democratic Republic of Congo. Many of the people we treat are teenagers who were raped, traumatized, and left with a young child to care for and no means of support.

The Congo Healing Program I set in motion with Amani Matabaro last September is going well.  Head counselor Sifa and her assistant Francine have been helping trauma sufferers find relief by treating them with "tapping" (EFT--Emotional Freedom Technique).

They are also giving breathing lessons, where local people relearn how to breathe abdominally.  This training is as popular as the literacy classes, because bringing the breath deep into the belly makes people happy. From what I've heard, there are more smiles around Mumosho these days.

Please help us keep these programs going by donating generously.* It is because of YOU this child will have a normal life.

*All donations are tax deductible under USA law.  DONATE NOW

The purpose of my trip to Bukavu last September was to establish a trauma healing center in the Mumosho area of eastern Congo.

Working together, Amani Matabaro, director and founder of ABFEK, and I set up the Congo Healing Program (CHP) in a large, private room in the literacy building of the Mumosho Community Center.

With my psychological expertise and Amani’s translating finesse in Swahili and French, we trained two EFT peer counselors and 12 teachers. In addition to making trauma healing available at no charge to whoever needs it, the CHP is teaching healthy coping skills to primary school children.

Although CHP is a trauma healing program, the name was chosen to reflect a positive future—our focus is as much about moving forward and manifesting dreams as it is about healing past suffering.

The CHP has 3 parts:
1. Public education about trauma, depression, and anxiety: their symptoms and the need for treatment,
2. Peer counselors trained in EFT (a tapping therapy), breath work, and positive visualization for individuals and groups,
3.Teacher training for a daily morning healing ritual with primary school children.

I originally went to Congo in 2008 to do trauma therapy. But the differences between western psychology and Congolese culture seemed too wide to bridge at the time, so I focused on vocational training and Centre Ushindi.

It took some years to work out which therapies really help people there. Peacefulheart Network taught how to do tapping with war victims.  From there, I added interventions I found  helpful when treating women survivors of sexual violence, such as breath work, visualization, tapping, song, dance, and group therapy.

Additionally, I confer with Amani about which interventions, language, and imagery are culturally compelling so these folks will integrate the new skills into their everyday lives instead of forgetting them as soon as I leave!

We taught teachers a morning ritual that helps school children forget their difficulties at home (domestic violence, hunger, pain) and make school a safe place for them. When calm and relaxed, they are more open to incorporating positive thinking and proactive behaviors into their lives.

Being a teacher himself, Amani loved the idea of helping kids get off to a positive start each morning. The teachers we trained love the protocol, especially greeting each student at the door as they entered the classroom. One principal immediately started doing breath work with 5th and 6th graders—no small task, because abdominal breathing is very foreign to them. To get around the strangeness, we have them breathe God in and out, which is relaxing and empowering.

I want to thank all of you who donated to make this program a reality. YOU are helping war victims you will never meet heal and rebuild their lives. Children are starting off on the right foot because of your generosity. YOU have made a HUGE difference for the good in many lives. 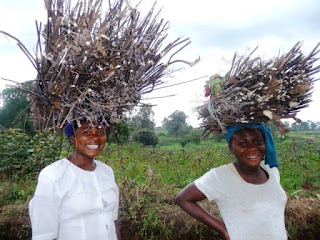 Teen-agers collecting firewood in Sud Kivu Province, DRC
In 2011, an estimated 1100 women and girls were being raped every day in DRC, primarily by militia groups. Now four years later, the militias are mostly demobilized, but rape continues to be an epidemic.

Today women and girls are being sexually attacked by teachers, neighbors, police, and members of their own family. Domestic abuse is rampant, and unemployed men target young girls going to collect firewood and working in the fields. There is no fear of punishment, so no woman or girl is safe in DRC.

Charitable organizations provide medical care for a fraction of the women: doctors at Panzi Hospital believe for every woman they treat, thirty go without medical care. Psychological care is almost non-existent in Congo. 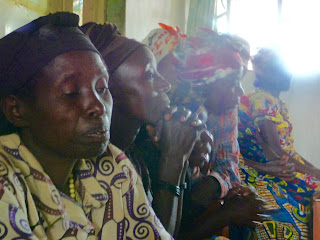 “Widows” -- women shunned by their husbands and community in DR Congo
Can you imagine being staked to the ground and brutally gang-raped while your husband, children, and community watch? Raped so viciously you need surgery to repair the wounds. Then shunned by your husband and sent from the community--the only world you’ve ever known--without means of support and small children in tow? 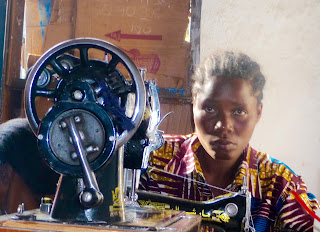 I know these women personally. They filled my vocational center in Bukavu: Justine, who was forced to watch her husband be buried alive, then raped repeatedly and left for dead; Terese, who spent 22 months in hospital, her feet in stirrups hoping to repair the damage that never healed; and Angelique, who listened to the screams of her sister being burned alive while she was raped. This is hard stuff to hear, unimaginable to bear.

In 2010, Gunilla Hamne and I taught 25 rape survivors like the women described above to be trauma healers using TTT, the Trauma Tapping Technique. They underwent three months training and an exam; all passed and became Certified Trauma Healers

The women loved the tapping technique: They eagerly practiced it on each other, then took it home to their children and out into the community to help others who were suffering. One woman said it felt "like fresh air moving through my body;" others said it made their mind clearer and easier to make decisions. Hortense, a woman who had lost 4 of her 5 children, changed from being hostile and argumentative to being kind and willing to help others in the center.

Overall, the tapping seemed to lift the despair these women felt and allowed them to be hopeful about the future. Being trauma healers also gave them a meaningful place in the community; once again they were valuable contributors to everyone's well being instead of unwelcome victims. 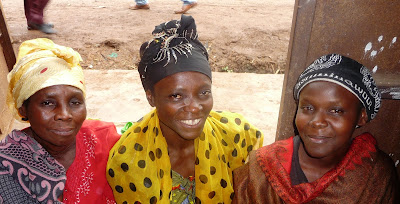 The psychological wounds these women carry are far worse than the physical torture they endured. The loss is beyond our comprehension, yet the Congolese women I've known have huge recuperative powers. Given healing skills and a supportive environment, they are able to regenerate their aliveness, and they are willing to pass that healthy enthusiasm on to others: Making that happen on a larger scale is my vision for the Congo Trauma Healing Project.

Please help us help these women recover emotionally from the terrible wounds they suffer. One rape victim's dream is to live a life free of the trauma of her rape and to be able to feed and clothe my children. Working together, we can make that happen.

Show these women that others are sympathetic to their suffering. You have no idea how much it means to them to know that others care what happens to them and their children.