On Sunday, October 17th, the women of Ushindi Center marched through the streets of Bukavu with thousands of other women from all over the world. They marched to protest the sexual violence against women that still continues unabated in eastern Congo today.
Forty-five Ushindi women marched together in solidarity carrying a banner that said,
“Denounce us and we speak up.
No to violence against women.
Until women are free, we will mach.”
First Lady Olive Lembe Kabila,  the Minister of Gender, Marie-Ange Lukiana, and others, planted trees at the Triangle de Nguba as symbols of the women who have died, been raped, or otherwise victimized during the 14 years of violence against women in Congo.
The marchers walked through the streets of Bukavu to Independence Square, where speeches and a manifest were read.
The march was organized by the World Women March movement. Women came from countries from all over the world to participate in the march.

Posted by Dr. Victoria at 7:33 AM No comments: Links to this post 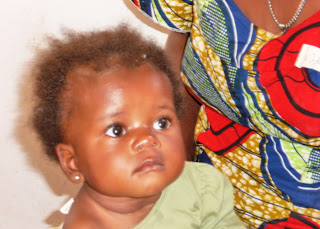 Rotary International has become a benefactor of Ushindi Center and other projects in eastern Democratic Republic of Congo.
I am proud to say I belong to Rotary Club of Montecito, California, USA. Through the support and generosity of its members, and 20 other Rotary Clubs in District 5240, Rhode Island and Illinois, we have been able to expand services at Ushindi Center as well as contribute to the well-being of other community-based charitable organizations in eastern Congo. In short, we are helping the good people of Congo rebuild their lives. 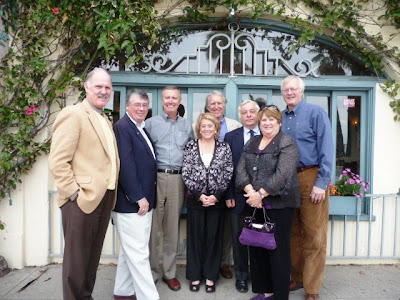 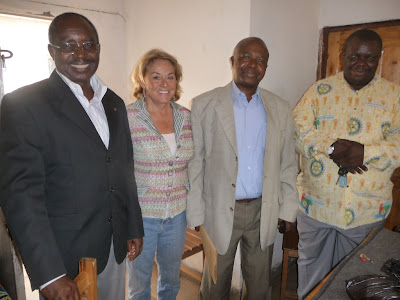 Celestin Ntayira, me, Elysee Bishako, and Thierry Mwira, President Bukavu Rotary Club, 2010-2011
Our alliance has brought relief to hundreds of unfortunate war victims in Bukavu and the Mumosho area of South Kivu Province. Working together on two grants, we have provided vocational training programs, much needed equipment, income generating projects, seeds for sustainable agriculture, improved animal strains for a demonstration farm, and payment of school fees for over 100 disadvantaged children. 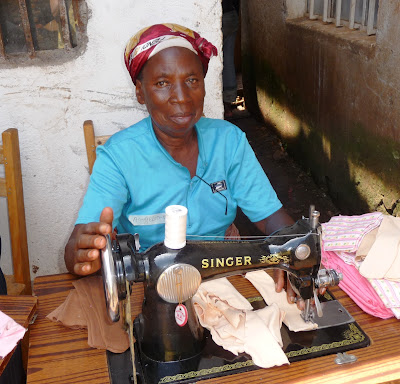 
We are currently working on a third grant which plans to rehabilitate and educate at-risk girls in the Uvira area south of Bukavu. This is our most exciting project yet, because it builds income-generating projects into the structure of the school, so that girls get on-the-job training while helping the facility remain self-sustaining.

So stay tuned -- and ask how you can get involved! There is lots more to come!
With love and gratitude,
Victoria

Posted by Dr. Victoria at 3:22 PM No comments: Links to this post