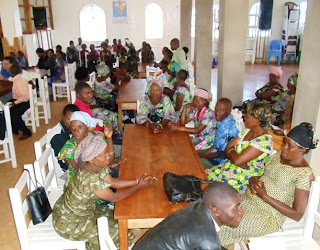 Last Saturday on July 2nd, thirty women and girls graduated from Ushindi Center's vocational program in Bukavu, DRC. Twenty of the women were survivors of sexual violence; they had received training in sewing and soap making and education in legal rights and family planning, and they had their medical care and children's school fees paid for a two year period. Ten younger women graduated after a one year course in sewing and dressmaking. 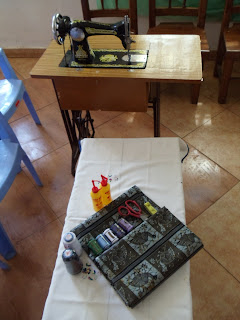 Each graduate received a "Business Kit" to enable her to become self-sufficient. The kit consists of a treadle sewing machine with stand, fabric, scissors, thread and oil to keep the machine working well.

Because the training program was a joint project of Rotary Clubs of Montecito and Bukavu, RCOB President (2011-2010) Eilisee Mudwanga was on hand to congratulate the graduates. 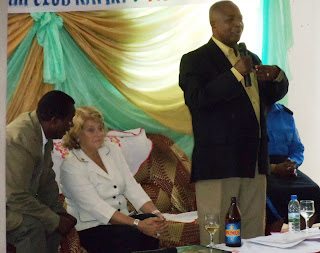 The Rotaract Club of Ventura and Santa Barbara Boys and Girls Club were responsible for donating many of the Business Kits. Thanks you guys for all your hard work-- you've given hope to a lot of people!

Everyone danced and we had great time, 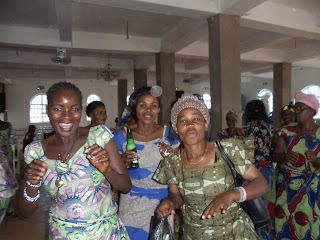 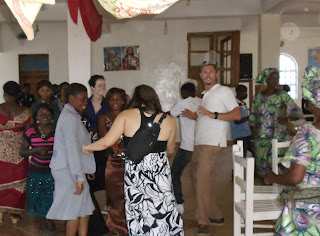 Many thanks go to my translator, Roger Buhendwa, who arranged the party and media coverage, and to Chantal Kikuni, Ushindi Center Administrator.  You are the best! 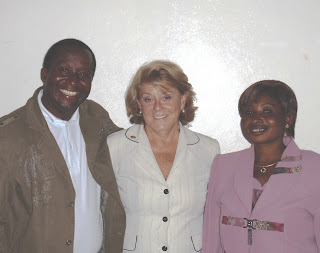 A big commitment, lots learned the hard way, but in the end, Ushindi Center rocks! 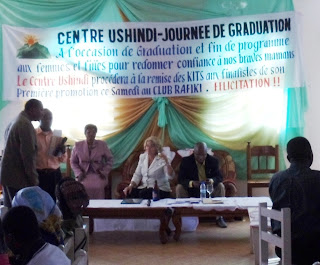 Posted by Dr. Victoria at 8:27 AM No comments: Links to this post